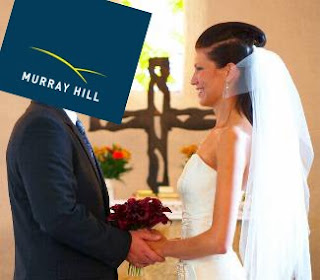 If you love corporations so much, why don't you marry one?

I mean, they're legally people, right?

Or are they? I mean... what the hell? If they're legally people, and are entitled to free speech, they should be entitled to get married too. Which means that you should be able to marry one.

While I did come up with this idea on my own while thinking about the unsuccessful run for congress by Murray Hill, Inc (actually a group of lawyers setting out to prove what a ridiculously stupid notion the idea of corporate personhood is), somebody else also came up with this idea at almost the same time, separate from me, in Florida.
You can learn more about his event here. I look forward to learning about how it goes! Stay tuned for updates!

Sidenote:This may be a loophole for gay marriage. Who's to say you can't marry your partner because you've got the same gender identity? What if your partner creates a corporation that states in it's ledger (a legally binding document) that it identifies as being the opposite sex? Just get your partner to incorporate as a corporation of the opposite sex! No need for expensive surgery that only reinforces our binary gender roles! It smashes two stupid legal birds with one absurdist legal stone.

Which is why it's such a Good Idea
Posted by The Punk Patriot at 5:54 AM